Its been a long course and i have learned a lot of things. this is going to be my final post and ill put everything i have done so far. the first thing i did is making two prezi's. one is titled "My Friend" & the other is "Earth Warrior". The second thing i worked on is making this blog and posting it. you will see two links for my first & second posts on this blog. Lastly i have put a link to my survey about traveling reasons which i did on Surveymonkey.

It was about introducing a classmate to the rest of the class and trying to use prezi.


It was mainly about the experience i gained from using prezi.

A writing task giving by the instructor about "Is war a game or not".

My last work, The survey about traveling :
I chose traveling because i think it is very important giving that people do like traveling.

Posted by Ammar Al-Sumaiti at 9:53 PM No comments: 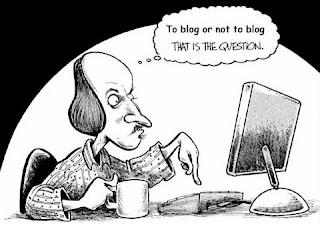 So far i learned some awesome stuff in academic communication. Recently we did some work on how to make a survey. Our instructor has taught why someone would make a survey and how we can make it. We used a website called www.surveymonkey.com to make our surveys. Then we published them online and gathered the answers from some people (classmates mostly). After that the instructor asked us to make charts from the answers we gathered and send them to him.  When we reached the charts step we got to learn how to use a cool program known as Jing. its a program that can cut and corp pictures anytime you want and makes an online link for it if you want and you record videos also. You can find it here http://jingproject.com .
Posted by Ammar Al-Sumaiti at 11:07 PM No comments:

War is a game

War is a game. A very famous old saying but is it true? Most people would say war is a sad thing there is no way it can be called a game. however, some people say its a in a way and i agree with them in that matter because that this saying has a different meaning than it sounds.

It's very obvious why people would oppose that old saying. Because as everyone knows wars brings death and despair to people and many lose their beloved ones, lose their homes and some lose everything in wars. thats how cruel a war can be So you can't just call it a game when people's lives at stake.

Those who agrees with that old saying say that its a game but on a large field with real lives and action. they say its about who moves his troops like chess pieces and who smarter and faster to beat the other. A game of strategy i would say.

i personally think its a game of mind but a game where you find joy in it rather the opposite a game where you have to make cruel and bitter decisions and where you the lives of your troops is in your handpalm. you could lead them to their deaths or a glorious victory.

In conclusion, War is a "cruel" game where no joy is found in it rather only harsh memories and days. i would sympathize with people who say its not a game becuase i understand how they feel and i also i understand the meaning of it when people say its a game.
Posted by Ammar Al-Sumaiti at 2:15 AM No comments:

During my school time i did many presentations on PowerPoint but it was a bit boring because of the sloppy mechanics of PPT. During that time i found out about Prezi but i’ve never thought i would ever use it in my life. But fortunately here in the Naval College I got the chance to learn how to use it. It’s actually much easier and more fun than PPT and i enjoy presenting using it. I have already made some pretty good Prezi’s.

Posted by Ammar Al-Sumaiti at 8:32 PM No comments: